This work aims at developing visual controllers that can work at moderately high speed so a UAV can navigate in a GPS-denied environment. The idea behind this approach is such that decouples the rotational from translational degrees of freedom using an intermediate decay function between the rotational and translation components of the control law.

The aim of this project is to investigate automated vision-based aircraft collision warning technologies. We have developed and tested algorithms that detect and avoid other aircraft using a machine vision camera. Several experiments have been conducted to replicate collision scenarios using two Cessna and a UAV vs Cessna.

This main objective of this research is to extend the aircraft path planning, data capture and flight assist capabilities of a highly automated aircraft to enable automated and optimised flight management and planning for the purposes of large-scale infrastructure aerial surveys.

The intended outcome of which is a capability that can be applied to both highly automated manned and unmanned aircraft to contribute to a direct reduction in aerial survey costs and optimise data capture and decision making under a wide range of conditions. More info

This project is developing novel visual detection, control and planning algorithms that can land an aircraft in the event of an onboard failure. We focus on technologies that can be used by manned and unmanned aircraft. The approach includes site detection algorithms to visually identify areas on the ground suitable for landing, path planning and guidance approaches that account for environmental disturbances (e.g wind), decision making algorithms to assess multiple attributes internal and external to the aircraft and choose the optimal landing area on the ground as well as the best approach trajectory and finally fault detection & identification algorithms to identify the type of onboard failure. More info. 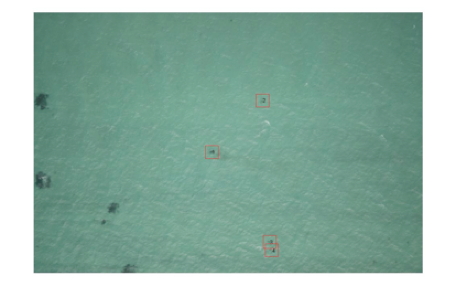 Some preliminary work I did on the use of computer vision techniques for forced landing of UAVs. This application was intended for UAVs that conducting a task (in case of power line inspection) and require to perform an emergency landing avoiding the power lines.

Traditionally, unmanned aircraft rely on their onboard GPS/INS sensor to localise themselves. A loss of GPS signal can severely impact aircraft navigation.  This research deals with the use of cameras to estimate platform motion.